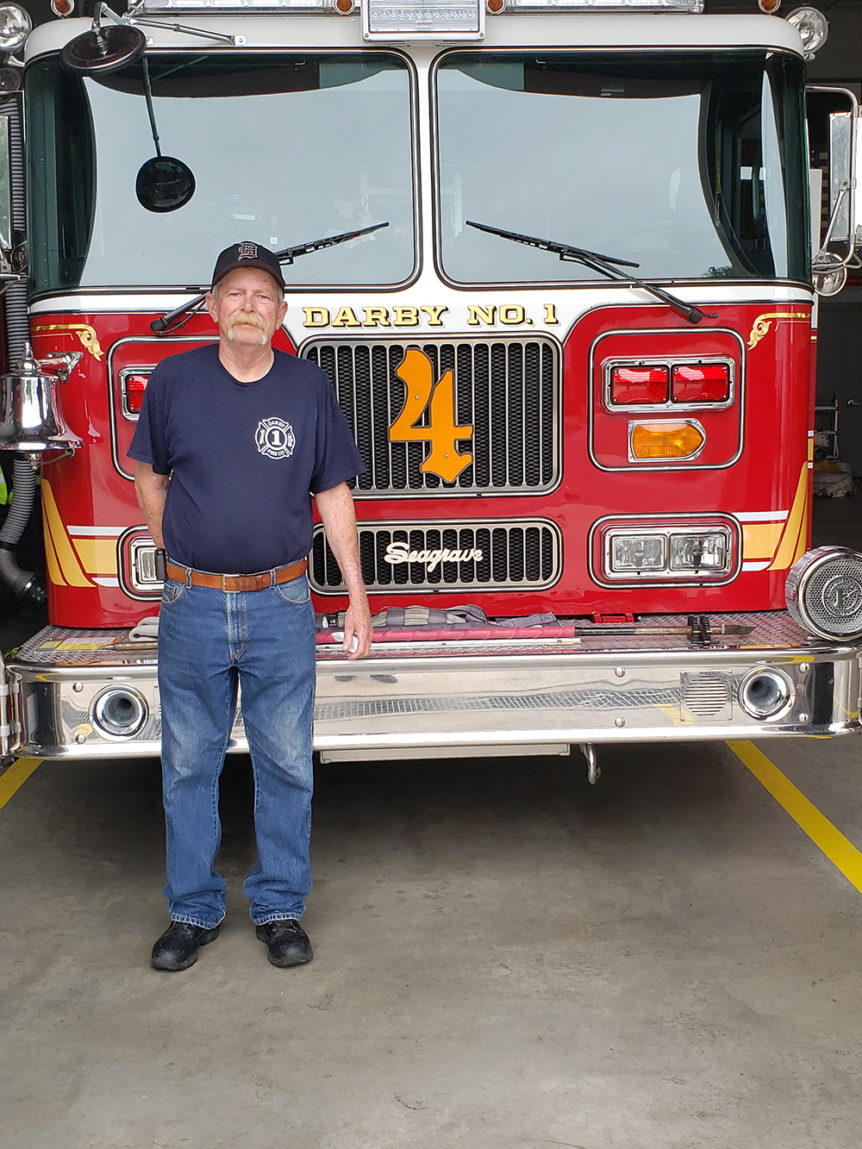 Article Via The Spirit

Firefighters are often called heroes, but the highly skilled individuals face more than dangerous flames. They rescue animals and people, treat injuries, lend a helping hand, and risk their lives – all while saving others.

But unlike big cities and some small towns in Delaware County, the majority of firefighters are volunteers. Decades ago, community fire companies had no shortage of heroic volunteers willing to endure rigorous training in exchange for the pride in knowing they were able to help.

Like many, once-thriving industries, the volunteer firefighting community has dwindled and one company, Darby Fire Company No. 1, (DFC-1) is fighting back with a recruitment campaign aimed at young people 17 to 35 years-old.

DFC-1 is actually one of 67 fire companies to develop a volunteer recruitment campaign that would provide free training and classes to become a firefighter, EMT, or non-emergency personnel.

“(DFC-1) is the first fire company in Delaware County, the second oldest in Pennsylvania, and the fourth oldest in the United States,” said fire company President Kevin Carry. “I (began) as a junior volunteer firefighter since 1968. Back then, there was another 40 or 50 guys until about 10 years ago. That’s when the shortage started and nobody wanted to volunteer anymore.”

Carry said the company currently has about 35 active members who fight fires, but hopes to have more. He said when the company decided to develop a recruitment program they applied for a Staffing for Adequate Fire and Emergency Response (SAFER) grant, provided by the Department of Homeland Security’s Federal Emergency Management Agency (FEMA).

“We were fortunate enough to be picked to receive the SAFER grant for recruitment and retention of our volunteers,” Carry said. “We also did a marketing program to attract other members to come in.”

Carry said FEMA awarded them $50,000 per year for the next four years and are looking for residents of Darby Borough between the ages of 17 and 35 years old.

The company, in service since 1775, has a rich history in the borough and is nestled on the corner of Quarry St. and MacDade Blvd. in the borough.

Tim Childs, a volunteer firefighter and financial secretary for the company, is a retired police officer of 37 years who also served as a line officer at the company.

He said he’s been working since he was 16 years-old. He also represented the company at a recent job fair at the Darby Recreation Center. He said they received more than five inquiries and were following up.

“I’m 65 years-old and I believe in this program,” Childs said. “We have to recruit younger people because the job isn’t getting any easier.”

Childs said he believes it’s important for young people to get involved because they can be mentored and find a way to give back to their communities and stay out of trouble.

“We can give them a reason and a purpose to get involved,” Childs said. “We can be an asset to younger generations and the community by giving younger people a purpose to do something.”